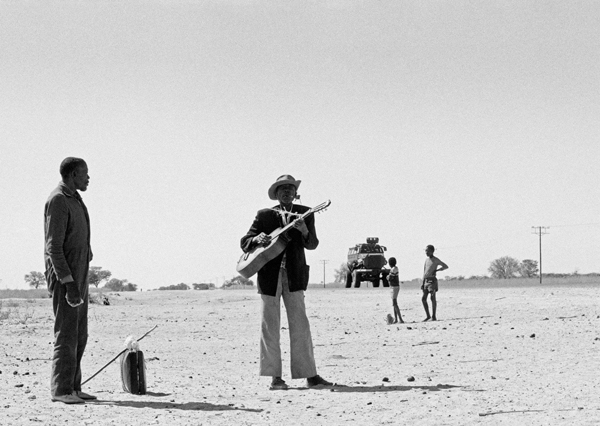 Stolen Moments – Namibian Music History Untold is an exhibition about stories, adventures and experiences of the people who shaped Namibian popular music from the 1950s to the 1980s, and whose rich legacy was almost completely destroyed by the cruel exploitation of the apartheid state.

Visitors are taken on a musical journey throughout which questions of cultural identity as well as matters of daily life are explored. How did musicians in Namibia live back then? Who influenced them musically? How did artists deal with the restrictions of the apartheid system? What repercussions did socio-political realities have on their careers? What concessions had to be made?

The exhibition is the outcome of an extensive four-year research project conducted by the Stolen Moments research group , and draws on a comprehensive multi-media database which the group compiled in the course of the project. The Stolen Moments database includes historic films, music recordings, stills, photography, press clippings and oral history, all relating to the Namibian music scene from the 1950s to the 1980s.