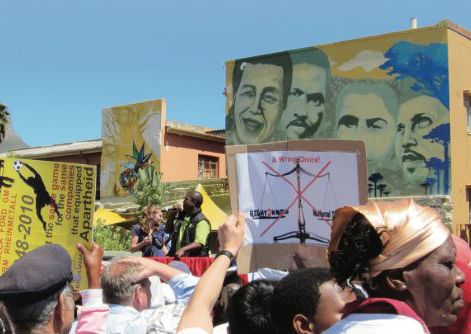 Dr. Rita Kesseling (Institute of Social Anthropology, University of Basel) is launching her new book “Bodies of Truth: Law, Memory and Emancipation in Post-Apartheid Society”. You are cordially invited to join the launch and apero. The event is organised jointly by the University of Basel (Centre for African Studies and  Institute of Social Anthropology), KEESA and Basler Afrika Bibliographien.

In 2002, victims of apartheid-era violence filed suit against multinational corporations, accusing them of aiding the security forces of the apartheid regime. While the litigation made its way through U.S. courts, thousands of victims of human rights violations have had to cope with painful memories. The book offers an intimate account of how apartheid victims deal with the long-term effects of violence, focusing on the intertwined themes of embodiment, injury, victimhood, and memory. It shows victims’ attempts to emancipate from their experiences by participating in legal actions and creating new forms of sociality among themselves.