Khoisan Languages in the Library’s Thesaurus

It is quite a challenge to represent the language landscape of southern Africa in the thesaurus as many languages have different names and linguistic classifications. Also, language groups themselves have various names as well as different spellings. 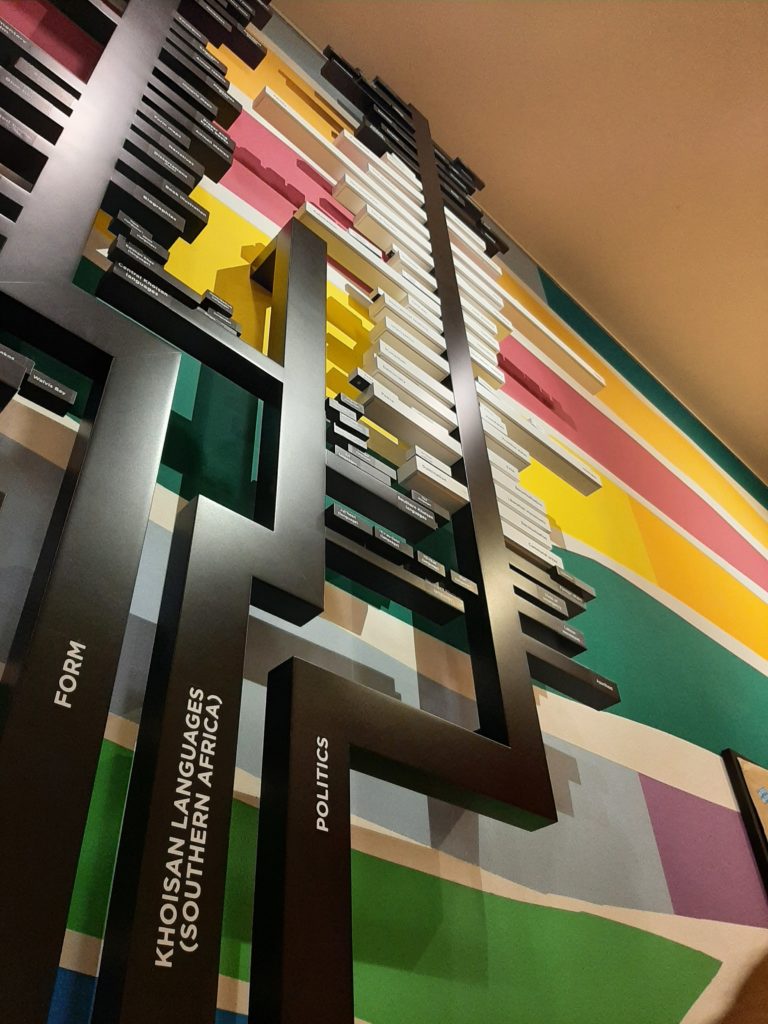 Central Khoisan languages include especially the Khoekhoe languages whose language Khoekhoegowab (in Namibia also referred to as Nama/Damara) is the most widely shared Khoisan language in southern Africa. Part of the Khoekhoe group are the Khwe languages which, separately, could also be regarded as Kalahari Khoe. The term Khwe (or Khwedam language) developed out of a Namibian campaign to retain indigenous Khoisan languages. The campaign was supported in particular by WIMSA (Working Group of Indigenous Minorities in Southern Africa) and led to a policy aimed at incorporating the languages !Kung and Khwedam, amongst others, into the official education system of Namibia. Its principal aim was to allow primary school learners to be taught in their mother tongue during the first three levels, as provided for by the Namibian Language Policy. At times it was only Ju|’hoan as a Khoisan language which was introduced into schools, as both teachers who could teach in particular languages and accepted dictionaries were lacking. Both language groups of the Khoekhoe languages include subgroups. 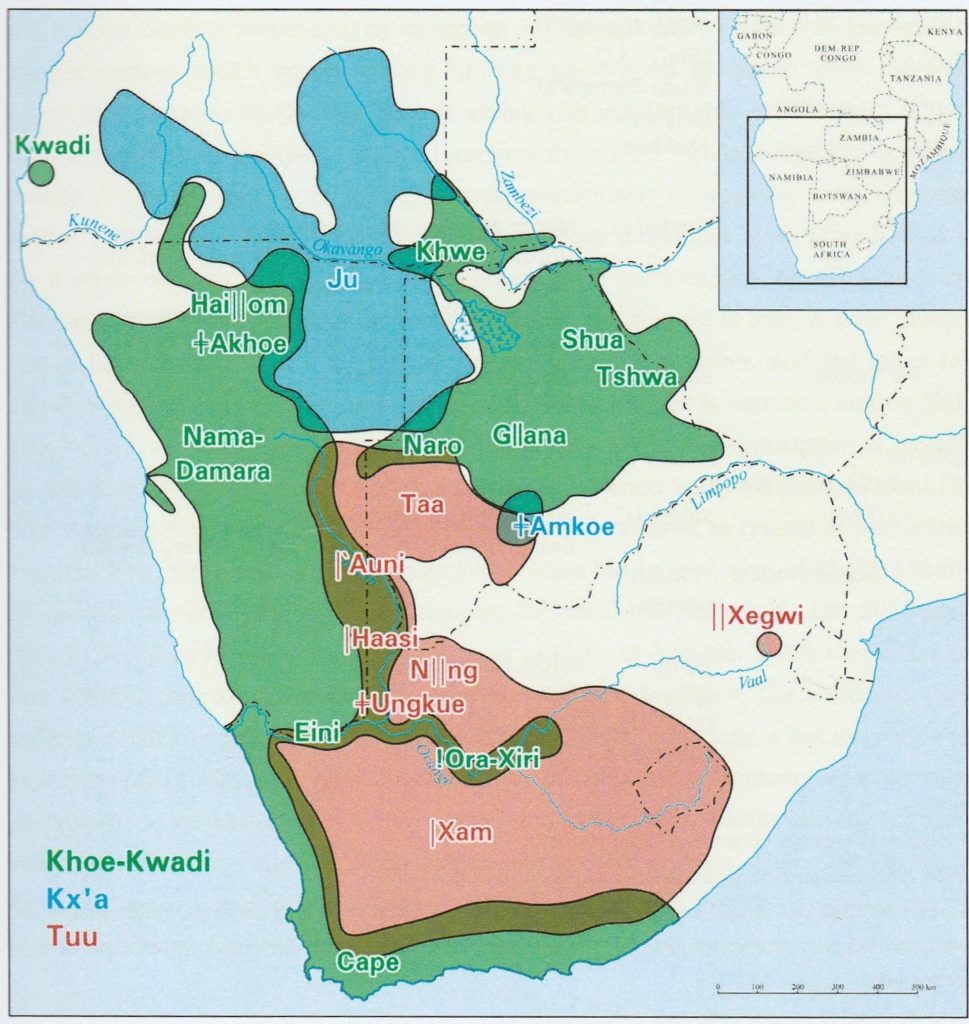 The Taa languages and the !Ui languages make up the southern Khoisan languages, also known as Tuu languages. These two language clusters have more or less the same linguistic distance with regard to language similarity and kinship as Khoekhoe and Khwe amongst the central Khoisan languages; as such they can be grouped together. They are spoken predominantly in South Africa and Botswana.